Hi, please introduce yourself and tell me a little bit about your business.

Hello, my name is Roger Keen, and I own a convenience store in a small rural village on the Norfolk/Suffolk border which I have run for almost four years. Before this, I ran a village store and post office in the village of Frant on the Sussex/Kent border from 2009.

What made you decide to run a shop?

My wife and I decided to have a complete change in lifestyle while our children were young. At the time, we lived in Ipswich and I worked as a Mortgage Broker, which left me little time to spend with my family. I no longer wanted to live my life like this, chasing a nine-to-five career so my wife and I decided to make a change; we wanted to do something different, something that would directly impact our local community.

We were intrigued by the idea of running a local shop. Then, while researching buying a business, we stumbled across a village store for sale in Frant. It had everything we were looking for; a place where we could integrate ourselves into village life, a place to give back to the local community and somewhere the children could attend a small local school, giving them the opportunity to grow up in a quaint little village rather than a bustling town.

What do you like most about being a shop owner?

It’s the community spirit and being a part of it, having the opportunity to support our local residents and being a staple of the village life. When we first moved to our current shop, we were a little apprehensive because it had been owned and run by the same couple since 1998 and the shop itself had been in the village for over 100 years. However, these concerns were quickly dissolved and it has been extremely rewarding giving back to our community.

This became more apparent during the pandemic; throughout this challenging time, we felt like we made a massive difference by providing the local community with the essentials they required. Which meant they didn’t have to travel outside the village during lockdown. 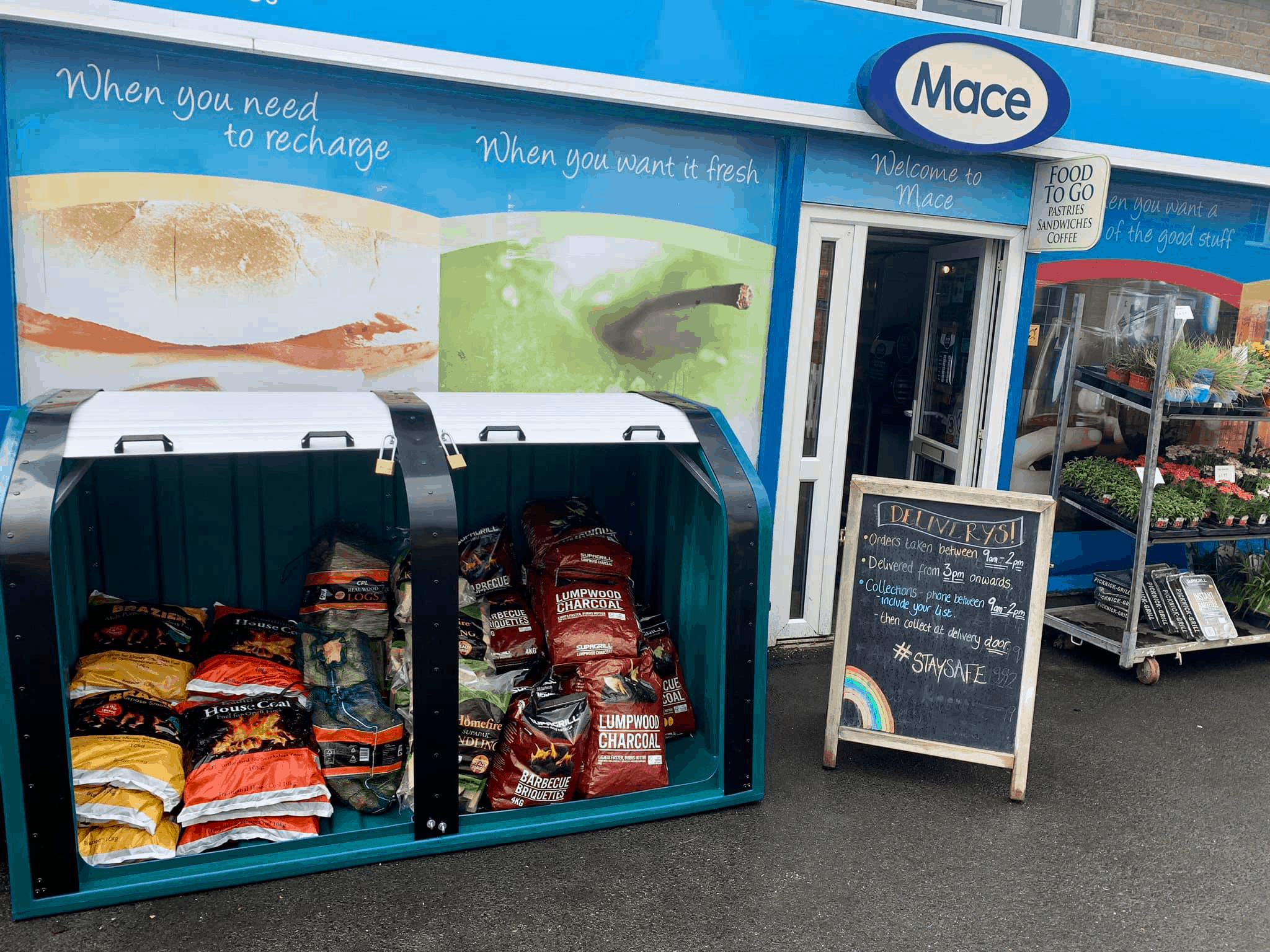 Where did you first hear about The Retail Mutual?

I first heard about The Retail Mutual through The Federation of Independent Retailers (NFRN). I joined the NFRN after we first brought the shop; they recommend The Retail Mutual. I was really impressed with the price and the quality of cover they had to offer. So, in 2009 I took out Business Cover, which also included contents cover and buildings cover to protect my shop.

What is it that you like about The Retail Mutual?

I like the personal touch; the same person emails me to let me know my cover is due for renewal. When I have had to make a claim, they have always been fair and considerate. In addition, Emma from claims has always been on-hand and very responsive to help me through the claim process – which, unfortunately, I have had to go through on three separate occasions over the years.

Do you mind telling us about your claims?

In 2011 we had a public liability claim where a local resident fell in the shop. She had a poorly back before the fall, but this aggravated it further. I must admit we did feel a little betrayed that she decided to make a claim against us, she was a long-standing member of the community and we knew her well. However, making the claim was something her family was keen for her to do.

The second was in 2017 when a faulty cooker in our home, which is part of shop premises, caused a gas explosion, resulting in mainly superficial damage to our home. However, it did have a huge impact on myself and my youngest son, who suffered injuries in the blast. I had to take time off to recuperate while the shop premises were being repaired.

The most recent claim was for an armed robbery; a man walked in and threatened a senior staff member with a knife. The armed assailant didn’t see my 15-year-old son, who was working at the time. He managed to quietly escape and run back to the house to raise the alarm and call the police. Luckily nobody was hurt, but the offender stole tobacco products, spirits and the contents from the till; he successfully fled because he had a getaway driver waiting on the outskirts of the village.

We gave a statement to the police, and the shaken-up member of staff involved in the incident took time off to overcome her ordeal. For me personally, it’s just disappointing that someone would choose to rob us when we were trying to provide a service for the local community.

How did The Retail Mutual help you?

I can safely say The Retail Mutual has put our mind at ease after every incident. They quickly and professionally handled our claims and worked with the relevant third parties to resolve all the issues, which really took some of the stress away.

Emma, who was our claims contact, kept us informed every step of the way when our shop was destroyed. The Retail Mutual dealt with the loss adjuster and worked with them directly to resolve the claim.

With our recent claim, the value of our stolen stock was replaced quickly and efficiently so that we could be back up and running in no time.

Would you recommend The Retail Mutual?

Yes, absolutely; I would recommend The Retail Mutual to any shop owner looking for competitive and quality cover.

If you want a stronger business for a stronger future, then choose The Retail Mutual as your business cover provider. Since its inception in 1999, The Retail Mutual has grown to provide cover to a wide variety of independent businesses. Why not see what we can do for your business by getting a free no-obligation quote from us? Start your quote online today or speak to a member of our service team by calling the number below.