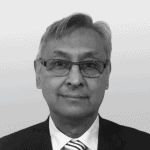 Despite being born the son of a retailer, the idea of following in his father’s footsteps could not have been further from Naresh’s mind when he completed his Master’s degree and set out on his career in electrical engineering. But when the economy nose-dived in 1991, Naresh found himself facing redundancy and the quandary of what to do next with his life. He decided to join the Police Force and was on the point of collecting his uniform when a local retailer and long-time friend suggested that he take over his convenience store instead. The purchase went through in 1992 and the rest, as they say, is history.

Naresh has now been a professional retailer for nearly 25 years and has witnessed first-hand the many changes and challenges that have transformed the traditional high street. “With so much competition from multiples and online stores, it’s more important than ever for retailers to be creative and find different ways to stand out from the crowd”, says Naresh.

“To be successful we need to listen, adapt to the needs of our local community and create a completely different customer experience”

Building trust and a strong link with the community he serves is the key weapon in Naresh’s armoury. And it was these same qualities that drew him to join The Retail Mutual 10 years ago. Established in 1999 the Mutual was set up to provide an alternative to traditional business insurance, and had been specifically designed for those in the news trade. It offered them a more sympathetic approach to the handling of their claims and a sense of community that united independent retailers.

Meeting the needs of the next generation

With the boom in digital communications and increased pressure on the high street, many of the Mutual’s members have since extended their business beyond traditional news agency. “By necessity, newsagents have had to expand to become more generalist convenience store owners, extending their product range into areas that may be beyond their comfort zone, just so that they can compete with the supermarkets and larger high-street names”, explains Naresh.

As a former President of the National Federation of Retail Newsagents, Naresh has built a strong reputation for understanding and representing the needs of his fellow retailers. As a result, in 2012 he was invited to join The Retail Mutual Board. Here he is able to help look after the interests of the Mutual’s growing membership of nearly 4,000 independent retailers, which in addition to the news and convenience sector now includes businesses from pubs to post offices, farm shops to florists, confectioners to clothes shops and many more in between.

“If the worst does happen, we are there to help them in their time of need”

When asked how their needs have changed over the years, Naresh explains, “The stakes are higher these days. “Petty theft of low-value stock used to be pretty much the extent of our problems. Now claims can be for anything from assault to high-value theft of goods in transit. The Mutual’s approach is to establish a dialogue with our members to help them minimise their risk. These are busy retailers and they don’t always remember to tell us their updated stock values, follow rigid cash-handling procedures or make sure their alarm system is up to scratch. We aim to keep them up to date with best business practices whilst ensuring that if the worst does happen, we are there to help them in their time of need.”