Everything You Need to Know About the New £50 Note

The new £50 banknote was officially unveiled by Bank of England Governor, Andrew Bailey on 25 March 2021 and features the scientist Alan Turing. However, it didn’t come into general circulation until 23 June 2021, a significant date, as it is Alan Turing’s birthday. It now means that all Bank of England banknotes are available in a polymer form and this new note joins its predecessors, the £5 featuring Winston Churchill, the £10 note with Jane Austen and £20 note displaying JMW Turner. This new note will be very hard to counterfeit making it one of the most secure series of banknotes ever made. An interesting fact is that the higher the value of the note, the larger it is and the new £50 note measures 146mm x 77mm.

What should retailers know about the new £50 note? 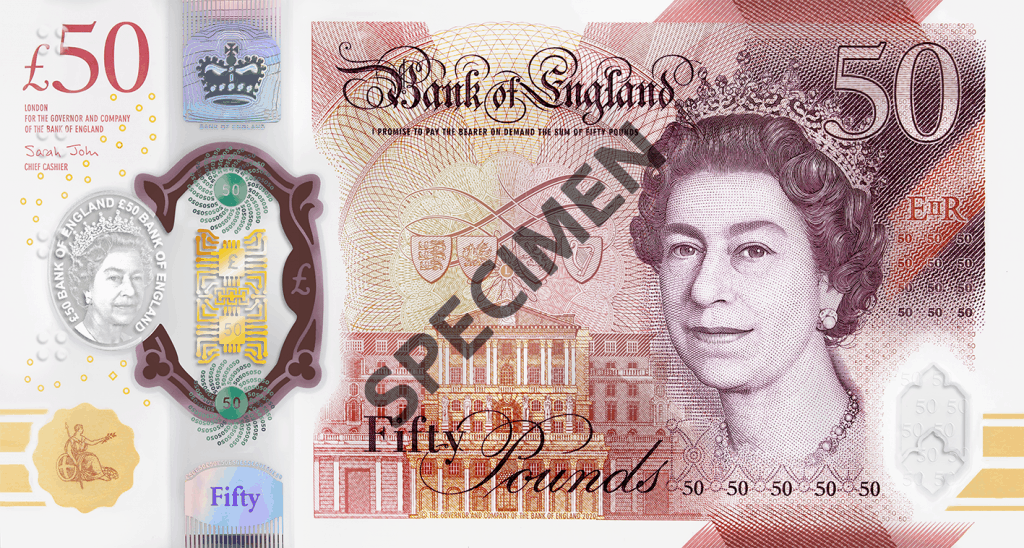 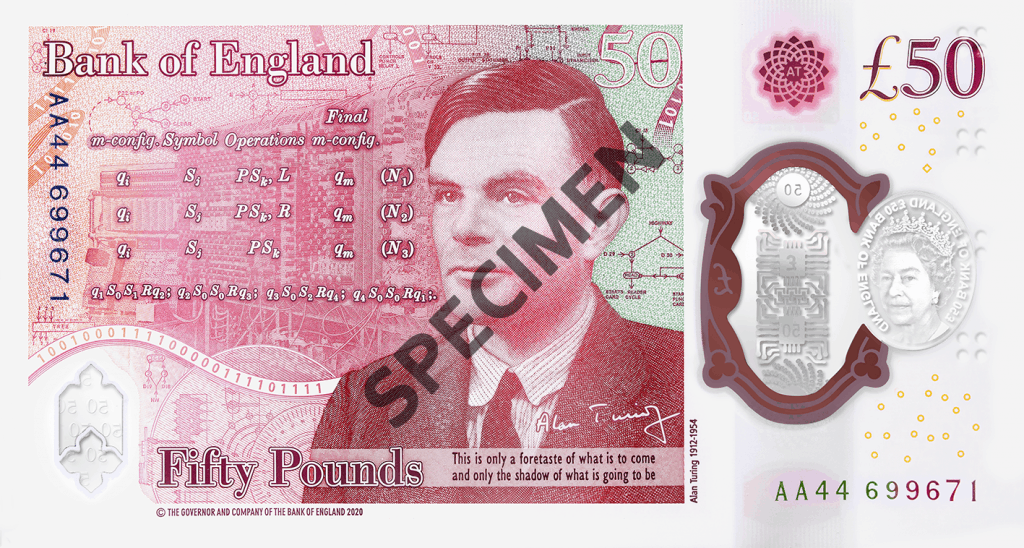 Image source: The Bank of England

What are the features of a polymer banknote?

In a nutshell, notes made from polymer are more durable, hygienic and secure.

What are the security features of the new £50 note?

The following security features can be found on the note:

It is also interesting that on the front of the note there are four clusters of raised dots in the top left hand corner. These are a tactile feature to help blind and partially sighted people identify the value of the note.

How do I check whether the new £50 note is counterfeit?

The polymer £50 note contains advanced security features that can be checked to help confirm that the note you have received is genuine.

When does the old paper £50 note go out of circulation?

Banknotes don’t just hold economic value; there is a cultural value as well

The Bank of England has been issuing banknotes for over 300 years and during that time the way notes have been printed has changed a lot. Currently there are four denominations in circulation, £5, £10, £20 and £50. Banknotes need to fit the criteria of being high quality, long-lasting and difficult to forge and the transition to printing notes on polymer fulfils all three. Today there are 4.5 billion Bank of England notes in circulation, worth a total of approx. £80 billion. The governor of the Bank of England, Mark Carney, stated that banknotes are much more than a practical necessity: “They can be a piece of art in everyone’s pocket. Banknotes are a celebration of the UK’s heritage, a salute to its culture, a testament to its great achievements, including those of its notable citizens.”

All British banknotes feature a famous person and for the £50 note, it is mathematician Alan Turing. His identity was revealed in July 2019 with the Banknote Character Advisory Committee choosing to celebrate the field of science on the £50 note. The design on the reverse of the note celebrates Alan Turing and his pioneering work with computers. Included features are a mathematical table and formulae, the Automatic Computing Engine (ACE), technical drawings from British Bombe and images depicting technical drawings from The ACE Progress Report.

Who is Alan Turing?

Alan Turing (23 June 1912 – 7 June 1954) was a scientist who was best known for his code-breaking work at Bletchley Park, which helped to end WWII. Turing was instrumental in breaking the German Enigma code, which led to the Allied victory. 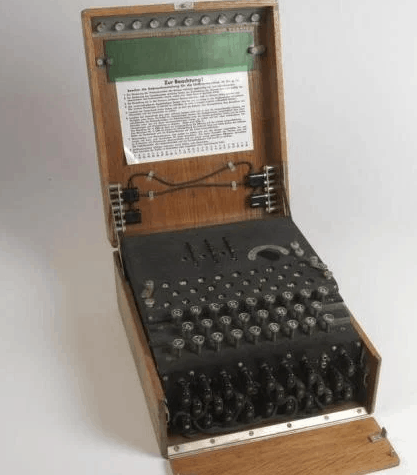 He was recognised as a genius at the age of 9 and went on to study mathematics at King’s College, University of Cambridge in 1931 and graduated in 1934 with a first-class honours degree, later obtaining his PhD at Princeton University, New Jersey. It was here that he developed the notion of a ‘universal computing machine’, which could solve complex calculations. This would become known as the Turing machine, which foreshadowed the digital computer. His legacy continues to impact both science and society today.

We use cookies to give you the best possible experience on our website. By continuing to browse this site, you give consent for cookies to be used. For more details, including how you can amend your preferences, please read our Cookie PolicyOkRead more